It remains only about a month before the presentation of the first industrial sample of the high-speed SkyWay unibus capable of accelerating to 500 km/h speed. The way it can be has been repeatedly demonstrated in various kinds of presentations, which were numerous during the decades of the project development. The way it will be is one of the main intrigues of the trade fair InnoTrans-2018 to be held in Berlin from 18 to 21 September.

At InnoTrans-2018, the difference between the transport of the past and the transport of the future will be felt literally, being among the first visitors to test the cabin of a high-speed module and to evaluate its innovative design that provides a truly fantastic aerodynamic drag factor Cx=0.06, which approaches the theoretical maximum and surpasses similar rates at the fastest and most expensive sports cars by at least five times.

High-speed SkyWay is one of the most ambitious trends in technology development. 500 km/h at a height of several meters above the ground, with maximum comfort and safety. Overcoming immense distances in a matter of hours at a fair often even lower than on a railway. Given that the cost of building such a system will be tenfold lower than the cost of building any of the high-speed railroads existing in the market today, and energy consumption at maximum speed limited to only 8 liters per 100 kilometers in fuel equivalent, a ticket for Minsk - Moscow route will cost about 30 USD, and the travel will take only about an hour and a half, during which a passenger will stay in a soft ergonomic chair. It is against 50 USD and 9 and a half hours in a stuffy economy class sleeping car offered as a transportation service today. As they say, feel the difference.

In addition to their basic function, high-speed transportation systems will become a powerful stimulus for social and economic development in the near future. They will significantly increase mobility opportunities, accelerate trade turnover, serve as a basis for the development and expansion of power and information networks, while not damaging the ecology of the territories, in which it will be built, but, on the contrary, making a significant contribution to improve the situation both locally and globally through energy efficiency. Linear cities will be set up along the routes. They will be created with a fundamentally different logic than the present settlements - pedestrian, clean, affordable, safe and comfortable for living. 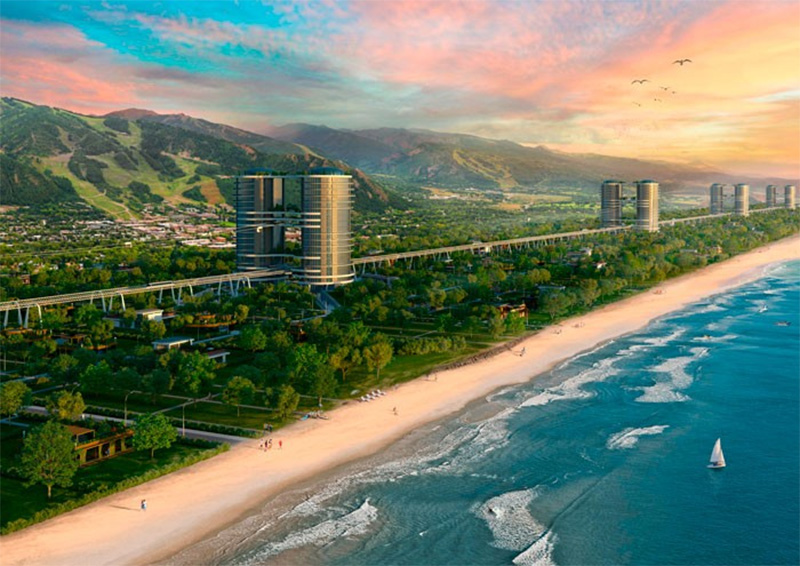 The outlines of all this can be seen in the configuration of the high-speed module already on September 18. It was expected that this system would show itself in action soon, however, this moment is a little delayed. But not for long. As the General designer Anatoli Unitsky said in his report at EcoFest-2018, it is planned to build a high-speed track with a length of at least 25 km needed to achieve the declared speeds in the UAE. This has not happened yet in Belarus, where the engineer planned to launch such a construction two years ago, so that by now it could have been close to completion, if not ready. Officials of the republic refused to allocate land, referring to the fact that the arguments from SkyWay are unconvincing, because a lot of valuable tree species will be cut along the swamp where the route will pass, and a large number of birds will allegedly perish from the movement of a high-speed unibus. And this is despite the fact that the project designing organization has passed all the required bureaucratic procedures, collected 16 approvals ranging from power engineers and communication operators to firefighters and environmentalists.

On the contrary, officials, to be more precise, the UAE government, was able to consider the prospects of SkyWay and supported the project understanding that among the transport solutions offered today only SkyWay transport is able to provide the level of economy, environmental friendliness and safety that will meet future challenges in this area and will be able to set a new standard for the future. 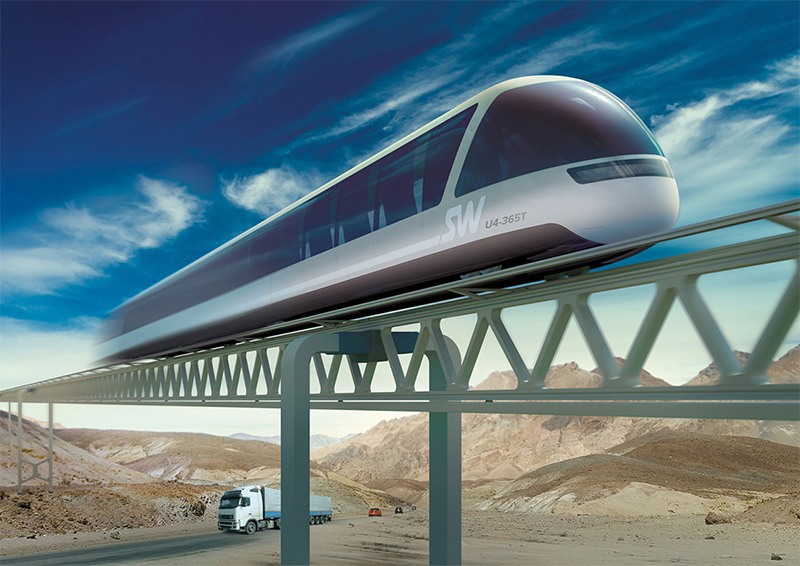 According to Anatoli Unitsky, the Emirates' government has already confirmed its words by deeds, allocating for free a total of more than 50 hectares of land, worth of hundreds of million dollars in the market for two technological sites of SkyWay, one of which has the required length (25 km), where Anatoli Unitsky plans to reach up to 600 km/h speed, with the extension of the route to 60 km, where the Hyper U forevacuum tube with designed speed of 1,250 km/h will be built soon!

Read in tomorrow's publication about Hyper U transport technology.