uST Transport Into the Spotlight on an Arab TV Channel

The UAE government strongly supports the development of uST technology at the uSky Test & Certification Centre. Yet another proof of this is the new story about uST transport on the state-owned Sharjah TV channel.

In 2021, Unitsky String Technologies Inc. commenced pilot operation of the UAE's first uST Transport & Infrastructure Complex. This was made possible with the support of the UAE government. In February 2019, at the World Government Summit in Dubai, UST Inc. signed a memorandum of understanding with the Roads and Transport Authority (RTA). At the international exhibition InnoTrans 2022, the RTA presented one of uST transport models as part of the city's public transport development concept. The Sheikh of the Emirate of Sharjah, Sultan Bin Muhammad Al Qasimi, who once approved the construction of the uSky Test & Certification Centre at the Sharjah Research and Technology Park, is also supportive of the uST transport implementation. 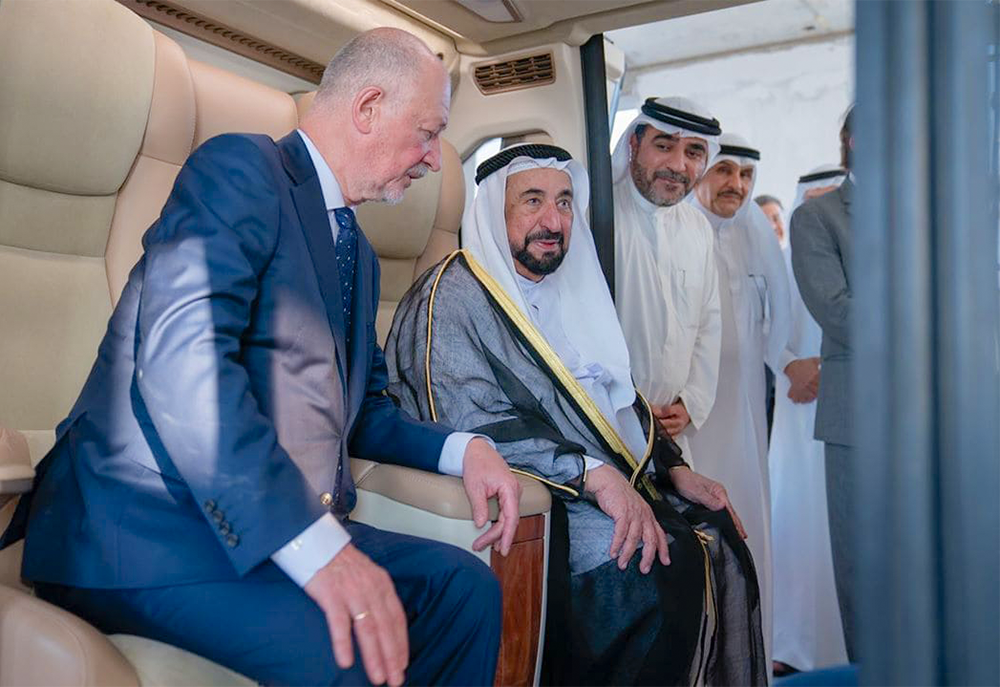 Hussain Al Mahmoudi, the Park's CEO, also gives a great deal of credit to uST transport. In a recent interview with one of the leading UAE media Khaleej Times he said: "uST transport has many advantages. It is environmentally friendly, consumes much less energy than cars, and can accelerate up to 150 km/h. Elevated above ground, the string rail overpass keeps areas free for landscaping and real estate construction. Furthermore, the construction and operation of uST Transport & Infrastructure Complex will be much cheaper compared to the monorail and metro." These and other advantages of uST transport Hussain Al Mahmoudi also underscored in his current interview with Sharjah TV.

In the uSky Centre, where the video was filmed, uST Transport & Infrastructure Complex with a flexible type of the track structure about 500 m long has been implemented. It consists of unmanned steel-wheeled rail electric cars in the tropical version - a passenger 4-seater uCont and a cargo uCont for carrying 20-foot containers. In addition, the complex includes a passenger station, a rolling stock service station, a string rail overpass, an automated control system, a control room and other components. In 2021 this complex was certified in compliance with international standards by a credible independent company TUV. Today, two more complexes are under construction at the uSky Centre to test cargo and passenger solutions, each with the overpass 2.4 km long. 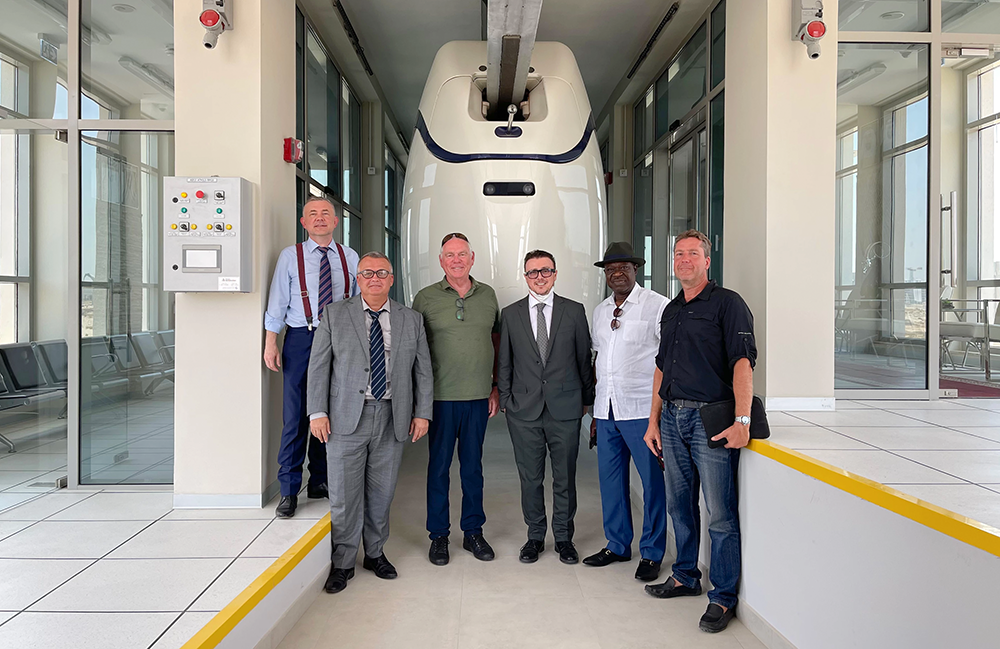 During the World Expo 2020 in Dubai, over a hundred delegations from different countries visited the uSky Test & Certification Centre. Those included the royal family of Lesotho, representatives of big business, diplomats and top-ranking government officials. Most of the visits caused a strong interest in uST Transport & Infrastructure Solutions. Thus, active cooperation in the implementation of targeted projects began. Recently Unitsky String Technologies Inc. signed a contract with ITS Indonesia (Intelligent Transport System Indonesia), under which uST technology is being employed in the capital of Indonesia. A number of contracts are also being developed with the authorities of El Salvador, who intend to use uST Transport & Infrastructure Solutions under the president's construction program.

The story on the state-owned Sharjah TV channel illustrates the undying interest in the work at the uSky Test & Certification Centre, not only from the media, but also from the government of the Arab Emirates. In turn, Anatoli Unitsky, the author of uST transport and General Designer of Unitsky String Technologies Inc. expressed his gratitude to the UAE authorities:

"We have a genuine interest in continuing our cooperation. Largely thanks to your support, our group of companies is now rapidly developing and opening up new horizons for all of us."

The original video is available at the link.